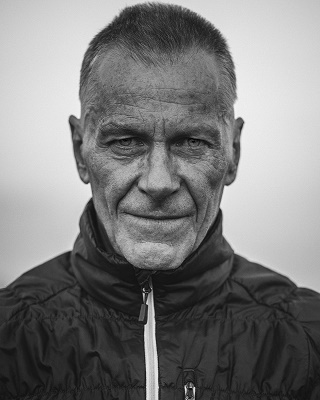 To whom it may concern, enlighten or enrage, or inspire and engage, hopefully, this is a short story about forgiveness. Someone once said that music won’t save your life but it just might make your life worth saving. I thank my mom Eliza for the gift of music. I remember when I first heard guitar chords strung together how it changed me emotionally. I felt the magic of what I call the true power, the ability to communicate beyond language. Marry the right combination of lyric, rhythm, melody and harmony and you can truly touch on the essence of human potential. I’m positive I’d be a different human being without music.

I was born in 1947 and grew up with one foot in the fifties early Elvis/James Dean and the other in the sixties with the Beatles/Bob Dylan. I admired Lightfoot, Tyson, but when I heard Cohen I remember feeling akin to the abstract in his approach. Writing became fun.

I never made it through high school in 1967 and ended up in Toronto touring southern Ontario with a band called The Magic Cycle. I landed a day job at RPM Weekly, a music industry magazine, and that’s where I eventually met my manager Mel Shaw. For the next twenty years I recorded several albums, performed at The Riverboat in its last days and managed to get a fair amount of airplay across Canada. There’s a 23 minute film called Northern Express which featured my brother Pete and I on the road in 1975 that was nominated at Cannes Film festival in France that year. Apparently it turned up recently in the library at Stanford University in the USA.

In 1978 my 10 piece band Tawna became the first band to play all summer in theater one at Ontario Place. This was a concept album called ‘Spirit of the North’ and I remember it felt strange standing on stage in the hub of Ontario tourism and singing what amounted to be environmental protest music. RCI (Radio Canada International) recorded that project in English, Spanish and French and played it around the world on its international radio stations. In September that year the province of Quebec picked Tawna to represent Ontario at the bicentennial celebrations in Quebec City where we got to perform for thousands over an entire week.

1981 brought me together with two older players Al Manning and Glen LaCompte. I was touring as a single in coffee houses and lounges and they were in a rock band called Coyote which I eventually joined and our first album became a top ten hit out in western Canada. By 1984 I came in off the road totally trashed from the fast lane. Thankfully, my dad gave me a seasonal job so I came back to live on the homestead. Time to heal up and write.

By 1985 I teamed up with Caroline Holm of Harvest Holm Productions and produced ‘Fire In The Snow’ on her label distributed by BMG. I relied entirely on Ron Dann to arrange the music and book the sessions with awesome players like Barry Keane, Kim Brandt, Graham Townsend, Mike Francis and Ron of course played pedal steel. That project led to some solid airplay which in turn led to the ‘Summer Heart’ album. The Juno nomination in the fall of 1987 saw me back out on the road touring again but by then the industry was starting to change and so was I. During a conversation about a possible third project together Mike gave me the best advice I’ve ever received when he told me to just get away for a few years and start over. As it turned out a few weeks earlier I had my first taste of rock climbing and was bit hard by that bug. But that’s a different story.

Forward to 2005 and I had been living and breathing the life of a pro climber, climbing and dragging my guitar up walls from Alaska to Mexico. My partner Valerie Ng, also an experienced climber, had founded Esprit Ropes Inc. which allowed me the freedom to do the research and development and ultimately be honored to climb with some of North America’s best to form a consensus on the overall performance of our ropes. Personally, the most important fringe benefit for me was that I was once again spending a lot of time being physical in the wilderness. It reminded me of back when I was a kid hunting and running a trap line. Chris Hess, a Juno nominated artist in his own right, and I had met climbing with a mutual friend. He was looking to get out of the big smoke that year and I was looking for someone of his talent to produce a record. Kindred/kindling was actually the first befreeyourself record thus the same face photo in reverse lighting for the 2008 cd and video release of befreeyourself/eyes lit, produced by Chris Hess and Steve Ruppert. Actually it’s not a coincidence that Steve helped us out. He also is a force to be reckoned with as a recording artist. befreeyourself kept evolving until in 2010 Shawn Maguire and I met at a party. Upon hearing him perform I was very impressed with his ability and a few months later this perfectionist and I started collaborating which led to ‘perspectives’, produced by Shawn and released in 2013 featuring a video of ‘Worlds End’. I should mention that without talent like Steve McDowall collaborating with us there would be a void in the song list. In fact, our new single ‘No Axe To Grind’ is one of McD’s, produced by Arron Lycett and soon to be released with our new website. Also featured will be ‘If You Wait Too Long’ and ‘Snow Bear’ produced by Chris Hess. In May this year we hope to produce a new video for ‘Malala’ in hopes that people will donate to her foundation and help educate women in third world countries. This action holds the key to a more peaceful world.

In closing I would like to explain the word ‘befreeyourself’, by referring to my adopted native spirituality and telling you my interpretation of a myth known in ‘counting coup’ circles. I sense a warrior so wise that he sees a little of himself in his enemy because he has learned to forgive. In battling his enemy he also allows that enemy to identify himself by maneuvering into a position whereby he can obviously take said enemies life but chooses not to. Battle becomes a tap on the shoulder, one upside the head as he rides away smiling, in hopes of eventually establishing a long, lasting friendship. It’s a long shot I know. It’s a myth. It’s what Ghandi referred to when he said ‘Power is not a fact, it’s an effect’. Mandela not only survived but eventually gained the respect and friendship of not only those on that prison island but most of humanity. I believe music has the power of mythology. I also believe that creative talent does not add up. It multiplies. Welcome to befreeyourself. Cheers. t